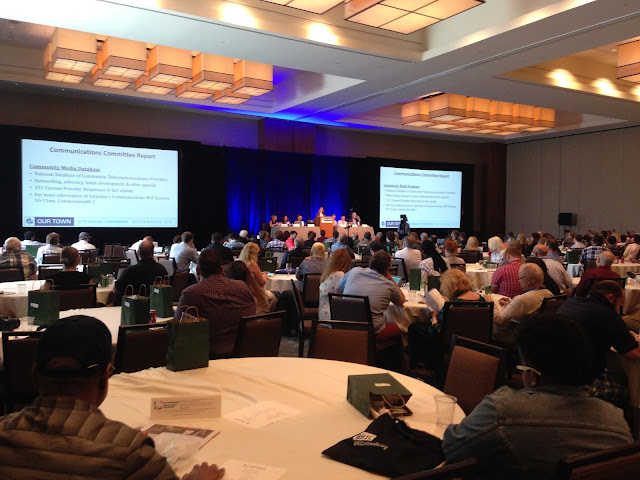 The ACM - Alliance for Community Media, not the Academy for Country Music, landed in Boston mid-August 2016 and we producers have a reason to be thankful.  At least there is SOME kind of meeting place, if not advocacy group, for those of us who enjoy documenting life (or creating fiction) and cablecasting our work for whatever audience cares to see it.


Held at the glorious Westin Boston Waterfront Hotel - a good choice, actually, as - biggest secret in Boston - there's lots of onstreet parking for $1.25 per hour, along with your other choice - a quick walk from South Station (15-20 minutes) and its public transportation hub, with perfect weather an added plus.

The "alliance" (definition: a union or association formed for mutual benefit, especially between countries or organizations)  is a starting point, the magnet that draws like-minded entities together.   The Public Access ACM deserves credit for even attempting to bring such a disparate group of individuals together under one roof because, and this is the major stumbling block for P/E/G stations in America, and probably around the world, there are varying degrees of knowledge as to what Access TV is around America. 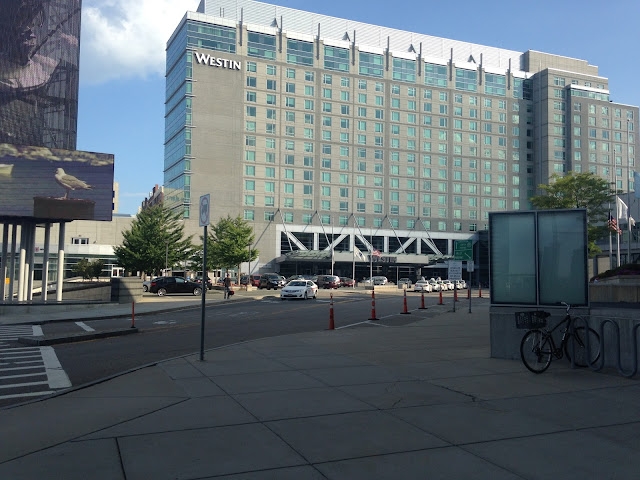 THE UPSIDE...and the DOWNSIDE
For every Connor Donovan from WACA-TV Ashland who won the Brian Wilson Scholarship this year, a very worthy cause giving "financial support to an individual currently enrolled in an undergraduate or graduate degree granting program in media arts, broadcast journalism, community and public service, government administration  public education administration or teaching" there could be someone like my old pal Senator Ed Markey, getting the Dirk Koning/George Stoney Award.

Senator Markey is no friend to access television, people.  His office is about a mile and a half from my home, and the only thing Markey has done for this access producer over the years is give me his Sunday Globe as he was leaving Dunkin Donuts on Salem St. (the sacred ground where Hanley Sound once serviced the Beatles 1966 tour at Suffolk Downs, Revere.)

Ed Markey's Telecommunications Act of 1996, signed into law by Bill Clinton, two men that I voted for, was a shadow of its former self, hijacked by Republicans who wanted to take over the airwaves (and did!)*

But Markey's biggest attack on access television was his allegiance to former Mayor Michael J. McGlynn who helped destroy access television and, indeed, used his cozy relationship with Comcast to televise himself and deny Medford residents the access television that they pay for. It's an ugly story which is documented in probably over thirty thousand pages which this writer has put together since 2002, fourteen years ago.

Markey's big chance to save access TV in Medford fell flat, something easily doable, with his surrogates coming up with excuse after excuse.   So his Telecommunications Act of 1996 fell flat, it wasn't his original proposals, and when he - Markey - actually had the opportunity to help citizens in the city where one of his offices was smack dab in the middle of the square, Markey ran like a scared rabbit.

Access TV in Medford was shaped for the future only by the efforts of this writer and some members of the Medford City Council, who have no actual jurisdiction over it.  It's a mess, and Markey, as well as the ACM - Alliance for Community Media, were both nowhere to be found when I led the fight to free up access TV in Medford.   It's a well-known story in these parts. And one that should be studied nationally. So in giving Markey an award, it's demerit, not a credit, for the ACM.

The Republican Party, in the wilderness for 40 years, had taken control of the House of Representatives in November 1994.
http://legacy.wbur.org/2013/06/24/markey-telecommunications-act

And while Markey’s push to bring competition to the cable television and telephone industries remained intact in the 1996 bill, lawmakers added major new elements to the legislation.
Congress repealed the cable television rate regulation Markey helped impose in 1992. And it initiated a major shakeup of the American mediascape – eliminating the cap on how many radio stations a single company could own and allowing for greater consolidation in the television industry, too.
Markey was leery of the new efforts. And in one instance, he served as a brake on GOP bill writers.

Public Access Television is in need of an organization to bring together the "rag tag fleet" of community television stations that together more resemble the original TV show Battlestar Galactica's haphazard flotilla than anything that will give NBC, ABC or CBS reason to pause. 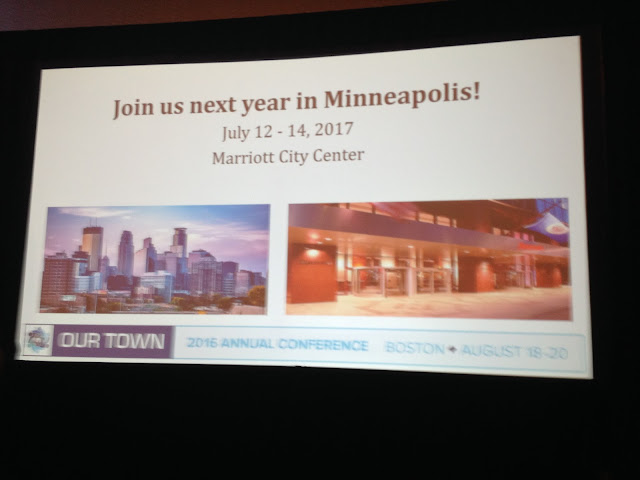