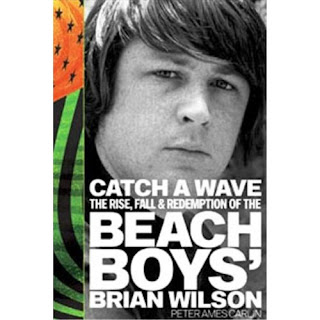 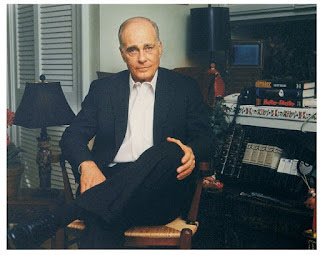 Fifty five minutes with Vincent Bugliosi is now broadcasting on all the stations carrying Visual Radio!

Signe Anderson, Marty Balin and author Craig Fenton talk to Joe Viglione on
Visual Radio #404! It is currently airing all over the known universe!

TO WATCH VISUAL RADIO with MARK FARNER of GRAND FUNK RAILROAD
you can go to MY SPACE VIDEO!

Here's something novel - some fan has taken Joe Viglione's review of
Dionne Warwick's classic SOULFUL album - here's a video of Dionne performing The Beatles' WE CAN WORK IT OUT, utilizing Joe's review on YOU TUBE

Writes Joe Viglione in the All Music Guide: "Soulful is a major work in Dionne Warwick's deep catalog, and one worthy of study and appreciation. Starting off with her gutsy rendition of "You've Lost That Lovin' Feeling," the album shifts from songs containing the sweet and ever present voice found on '60s radio to one of a masterful artist in control, renditions of "Do Right Woman" and the tender approach to "I've Been Loving You Too Long" allowing these copyrights to be heard in a different and intriguing light. The album was recorded at American Sound Studios in Memphis, TN, with the great Chips Moman engineering and co-producing with Warwick. In her liner notes on the back cover the singer writes, "I hope you will enjoy experiencing with me the joy and excitement I felt in recording Rhythm and Blues -- my way." To quote blues singer Genya Ravan, "and she means it!" Working with the producer of the Box Tops' "The Letter" and Elvis Presley was a wonderful change and stretch for the woman who was so closely aligned with the music and production of Bacharach and David. Recording in the state that has bragging rights to Graceland was in vogue during the final year of the 1960s and into the early '70s. Like Tommy James' Elvis-influenced album, Soulful deserves a very special place in rock history. "We Can Work It Out" is what Otis Redding might have done with the material, while "Hey Jude" has a church-like feel, not immersed in gospel but enough of that flavor to lift it above its pop confines. The short fade with the voices bouncing off the horns was a very nice way to close out the album. There are three Beatles covers as well as some Young Rascals, Aretha, Marvin Gaye/Tammi Terrell, and James & Bobby Purify. Moman also crafted Petula Clark's Memphis this same year, and both Petula and Dionne take on Curtis Mayfield's "People Get Ready," indicating perhaps what these Top 40 singers were feeling in their heart -- the need to express themselves on compositions that they found compelling. "You've Lost That Lovin' Feeling" is the standout, not because it was the hit from this collection but because Dionne takes on a new fire, pouring her heart over the great drum work. This version of the song gets little to no airplay on oldies stations, let alone blues and R&B radio, which is tragic. Warwick is a pro as well as a major talent, and Soulful deserves to be treasured as the important musical statement that it is."
Writes Nick Tosches, the renowned writer, rock music journalist, novelist, biographer and poet in the January 7, 1972 issue of the rock magazine FUSION; "...getting into Dionne Warwick is like finding buried treasure. It's pure emotion. There is a whole lot more to emotion than some rock punk bursting his dexedrine-staved blood vessels by screaming "Baby I need you baby" into a microphone. Dionne Warwick is not a rock and roll singer. She's not a jazz singer either. Rhythm and blues? Nope. A pop singer? No way. Did you ever tongue-kiss with someone who barfed a Singapore Sling bolus into your mouth, and then four years later you're with someone else and you feel good and you realize how beautiful it all was and then it's all melancholy/happiness, sort of? That's the kind of singer Dionne Warwick is. She's beautiful. If you've never gotten into her, you ought to. Get hep to Dionne Warwick. For your own sake."
Added: August 20, 2007
Posted by wri at 6:15 AM

Email ThisBlogThis!Share to TwitterShare to FacebookShare to Pinterest
WELCOME TO 2008!

Signe Anderson, Marty Balin and author Craig Fenton talk to Joe Viglione on
Visual Radio #404! It is currently airing all over the known universe!

TO WATCH VISUAL RADIO with MARK FARNER of GRAND FUNK RAILROAD
you can go to YOU TUBE!

also found here!
ttp://joevigtop40.blogspot.com
Posted by wri at 6:15 AM