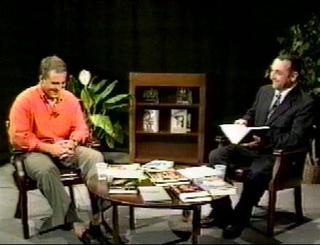 The Story of Visual Radio!

Joe Viglione's original presentation of "radio for your tv".

Visual Radio began when Joe Viglione was Director of Research for North America Media Corporation, a production company which developed content for PBS. The idea began in 1992 when Joe became a member of Woburn Cable TV but didn't launch until early 1995 when Marty Balin & The Jefferson Starship allowed a concert and interview to air. Jo Jo Gun at WGIR in Manchester, New Hampshire was the next guest, followed by Bobby Hebb, composer of "Sunny" and the Grammy Award winning "A Natural Man".