Visual Radio, called "The best show on cable access in America" by one of the creators of the "infomercial", this variety/biography program is heading into its 16th year. Hosted by award-winning 2010 producer Joe Viglione (called - The King Of Access TV in Boston", a quote from Bill Press of Sirius XM Radio), politics, community activism, entertainment and intelligent discussion are the key elements of many of these popular and successful fifty-five minute media broadcast episodes.

http://joevigtop40.blogspot.com for reviews of some of the pop culture discussed on the program.

Mike Girard of THE FOOLS taped at WinCAM today 3:10 - 4:10 PM
talking about his book Psycho Chicken and Other Foolish Tales

The Fools - Sold Out - review by Joe Viglione
http://music.aol.com/album/sold-out/31060

Book is NOT entitled WHAT A FOOL BELIEVES, the Doobie Brothers' song title, though the Fools did open for The Doobies.

2010 PRODUCER OF THE YEAR at WinCAM

In addition to the e mailed congratulations thanks to everyone for the telephone Congrats...Jim Morse of JimmyMorse.com, Johnny Byers (former host of TV3 Medford Sportsline and now a contributor on WinCAM's Soap Box), Mom & Dad, the Winthrop TV members from the Winthrop Saturday night party (Dec. 11, 2010) at the Elk's Club (including E.D. Mike Cabral and former E.D. Eric Gaynor (who also worked for the Medford Chamber of Commerce), the terrific board members at WinCAM who individually congratulated my efforts; Ken Krause and the Chevalier Commission's John Costas at the Medford City Council meeting of December 14 and so many others.

From: "George & Elaine Sacco"
joe viglione, very best wishes on your recent award....you are very
deserving of this honor....and we enjoy your city coucil appearances!

healthy and happy holidays, george and elaine sacco
Hello Joe:
Congrats on your AWARD winning Producer of the year....A wonderful achievement for you.
Talk with you soon...
PS: I am glad you like the "Sunny" video.....
JR (Jerry Ross, distinguished producer of Sunny by Bobby Hebb)

Joe,
This is a great beginning to a fabulous New Year for you. Congratulations on being recognized for all of the dedicated work you have accomplished through out the year. And all of the years you have put into exposing , helping, promoting and producing great music locally and internationally. This is very impressive and could not have gone to a more dedicated person than you.
Warm Regards,
Billie Perry

Billie (Mrs. Joe) Perry was the art director of Varulven Records in 1980

Billie's the model on this album cover

Congrats and happy holidays
Danny Schechter
(Danny is at MediaChannel.org. He was WBCN's News Dissector)
Charles Laquidara
December 12 at 9:22 pm
Joe: Congratulations on getting the WinCAM Producer of the year award! What a great achievement for one of the hardest working guys in the music world.
Congratulations Joe! You certainly deserve it! ~ if not sooner!
Warren Scott
Boston Eventworks Inc.
(Warren books The Chevalier Theater in Medford, Massachusetts)

Joe you are a great interviewer....you should do some stuff for some of the local news channels.
Jeff Dearman, 2005 WinCAM Producer of the Year
11:07 PM December 31, 2010 Friday

Harvey Wharfield
Harvey was one of the #1 afternoon drive on-air personalities in Boston in the 1980s and 1990s at WZLX, WCGY (and formerly at WROR and WAAF)
Congratulation
Carolyn and Bill (Carolyn Rosen & Dr. William Wood)
Congratulations, Joe! Very nice picture.

-Andrea (Shanahan)
Andrea is one of the moderators of the MedfordMass Yahoogroup
Sunday, December 12, 2010 3:42 PM
Congratulations Joe, why am I not surprised. Keep up the good work.
Bob---
(cousin of the Visual Radio host)
Congratulations Joe and may you continue to do what u love..,
Kim Lucente
December 22, 2010 at 12:11am

Joanne hosts Totally Trivia on TV 3 Medford,
She is the original manager of The Dream ( Extreme )

Boston Kane great to hear about you winning producer of the year in Winchester!!!! :)

Boston O'Donohue on Sunday, December 19, 2oo2
Big Congrats, Joe!!! I send you wishes from both Dick Wagner and me...
Warmest regards,
Suzy
Dick Wagner played guitar with Lou Reed, Alice Cooper and many others. Suzy is his business partner.
Congratulations Joe!!!!!! You Da Man!!!!
Dave Trupia (Bassist on Marty Balin of The Jefferson Airplane's DVD)

Joe, this is great! When will there be the recognition you deserve for your place in Boston Rock?
Richie Parsons
(Richie is singer in Unnatural Axe, and a longtime manager at Newbury Comics)
Sunday, December 12, 2010 3:04 PM

Joe great photo. You look very dapper!
Congratulations my friend, and congratulations to WinCAM for making a tremendous choice for their award.
No one deserves recognition for their tireless commitment to public access television over these many years more than you than you.
You do it the "right way." No B.S. just straight from the heart and back to the community.
Funny how that concept gets corrupted in other communities. Cheers! Enjoy the holidays!
Bob

(Bob Boyd was one of the first Access TV Executive Directors of an Access Television station in the U.S.A. back in the early 1970s; he videotaped Johnny Winter, John Lee Hooker, til tuesday, Joan Jett, Jon Butcher, Charlie Farren and many others)
BIG congrats, Count!!!
Don't forget to celebrate Mr. Sinatra's birthday today (95).
James Issacs (Mr. Issacs writes liner notes to many, many cds, including the Frank Sinatra boxed sets. He has written for Boston Magazine, The Boston Phoenix and was P.D. at WBUR)
you totally and unequivocally deserve that award---they are lucky to have you
there---it's been an honor and privilege to produce "visual radio" in
Haverhill

You deserve it. Have you sent a copy to Mr. Skerry?
nightclub manager on Saturday night, name withheld for obvious reasons ,
December 11, 2010

Congratulations, Joe!
Keep up the good work. And have fun!
Eric (Linter, noted astrologer)
Joe, Congratulations !!! That is Wonderful... as are you!!!!!!!!!!!! Eric and I agree... you are one of our HEROES!!!!
... a shining example of what dedication, hard work and loving one's craft can provide. ...A master at finding out what makes people tick and sharing the gifts, inspiring others to reach down deep into their own talents and passions... Glad we know you and please know, we love you....
Pamela and Eric
(Pamela Ruby Russell is the wife of astrologer Eric Linter)

Congrats bro!!! I've gotta see what Mr. Moore threw down, he's my favorite!!! He gets the virtual horns!!! \M/ (that's them, if you ever need to use 'em on something)
Keep Rocking Joe!!!

Matty O'
Matt O'Connor hosts The Rehearsal Space, a program taped in Stoneham in the earlier 2000's featuring the Medford band THE DEAL along with name artists.
When Matt was a Medford resident he attempted to get his show aired on TV 3.
TV3's self-appointed president Frank Pilleri refused to respond to Matt.
Keep in mind, Mr. O'Connor and the band The Deal, two separate Medford entities, had no other interaction with TV 3 Medford. They were simply ignored for no reason at all.
So much for the "Outreach" component of the Agreement TV 3 has with the City of Medford

The Honorable Judge Marie O. Jackson-Thompson (retired) found that
TV 3 Medford is running a private access station. This is a violation of the Agreement with the City of Medford (and, in turn, the City's Agreement with Comcast) which is something Visual Radio host and 31 year public access veteran Joe Viglione is fighting for: the rights of the Comcast subscribers and real Free Speech in the City of Medford.

As Producer of the Year in a neighboring town, I am determined to replace the entrenched Board of Directors with fresh eyes, clean hands and an efficient intellectual property attorney who will work to disinfect the Copyright violations and Free Speech abuses in the city of Medford, Massachusetts which abound due to the negligence of the issuing authority, Michael J. McGlynn, the long-toothed Mayor of Medford.

I am deeply honored to have received the WinCAM 2010 PRODUCER OF THE YEAR award.

An official statement will be sent to the media, but I wanted Medford residents to know that our neighboring town has been most helpful to us in allowing me to tape and air a show on the Green Line featuring Dr. Wood and Carolyn Rosen, weekly broadcasts with Johnny Byers talking sports, news reports from Jim Morse and an author coming in this week thanks to the efforts of Joanne Codi. Along with A-list guests like Tommy James of
The Shondells, film critic Leonard Maltin, Variety Editor Bob Hofler, Michael Moore, The Dictators' Andy Shernoff and many others we've produced historical programming (with Harlow Giles Unger) as well as local politician Michael Day and so many others.

As I personally told Mayor McGlynn at a press conference this year, we have resources for Medford residents to tape and edit vital programming that can be aired on the Government Channel in Medford

For residents interested in what is going on next door in Winchester check out this press release on Patch.com

It is great to know that one can be creative in a supportive environment - and it is something that I wish for all Medford residents.

Joe Viglione
2010 PRODUCER OF THE YEAR in Winchester

The T.A.M.I. show comes to Visual Radio with an exclusive Moulty & The Barbarians Interview

Andy Schernoff of THE DICTATORS, politician Michael Day and more...all on upcoming Visual Radio programs!
Posted by wri at 1:44 PM

Show #451 Moulty & The Barbarians on THE TAMI SHOW

Now airing in many of our communities. Moulty showed up at the Original New England Record & Compact Disc Expo this past Spring 2010 and did two interviews with us for the DVD release of THE TAMI SHOW! This is one of those interviews (we conducted three, an additional interview at WATD which we're editing right now).

JV's review of THE T.A.M.I. SHOW DVD will be up on the Rock Journalist page soon!

Chris Faraone on the situation at Boston Neighborhood Network
http://thephoenix.com/boston/news/105312-static-at-bnn/

Visual Radio #451
http://recordexpo.blogspot.com/
is now broadcasting in
Boston, Winchester, Haverhill, Georgetown, Newburyport and other cities and towns featuring
MOULTY & THE BARBARIANS
and
TRACY ROTKIEWICZ
interviews from the event!
http://visualradio.blogspot.com 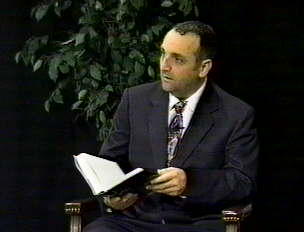